Archived performance of Theater Tol - not to be booked any more.

Luce is a creation from 2010 and this aerial show premiered on the 12th of June at the Oerolfestival in Terschelling (The Netherlands). This production was created through project grants from the Dutch Community and in co-operation with Oerolfestival, Summer of Antwerp, Theatre at the Market, The Boulevard and the International Strassefestival Schwerte.

Cyclists are at the start of a great round. The audience waits. The drivers are ready for battle. Launched. Finally. The battle on two wheels. The competition, the respect, the pain. Who gets the flowers? Who deserves the love of the woman who awaits them at the finish? This visual music theatre performance is inspired by the struggle between Fausto Coppi and Gino Bartali, two Italian cyclists who were opposites in almost every way. The Catholic, good Bartali and the unbelieving, bony Coppi. So different, but both adored and hated.
Luce, that goes back to the forties and fifties of the last century, tells of encounters and relationships in which the love for one another is shown through secret love letters. With cinematic images, songs and dance, the love letters are disconnected from the paper and rewritten as a cycle story that ends in an air spectacle. The lovers balance between heaven and earth. Who are the winners and who are the losers? Who is on the top step at the protocol ceremony? The public gazes itself to the heroes and then goes home happy with a sense of familiarity, comfort and light. 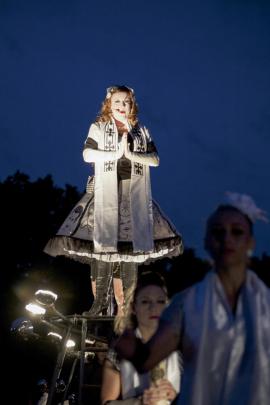 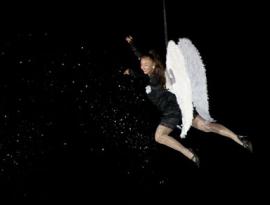 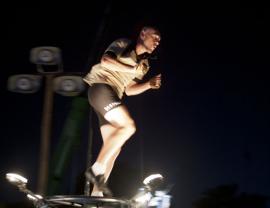 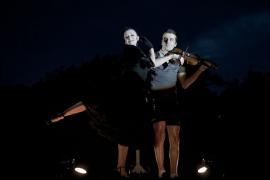 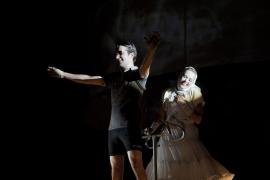 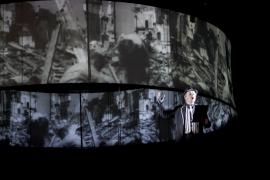 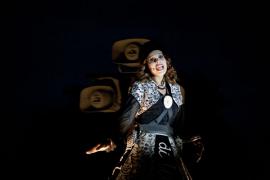 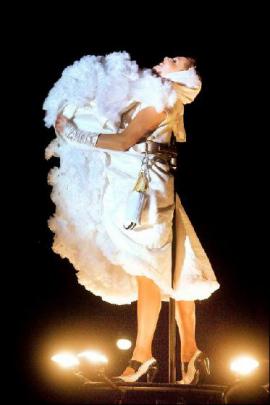 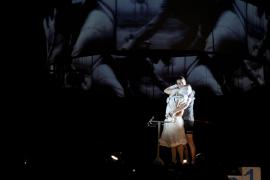 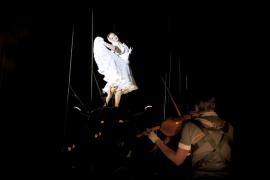 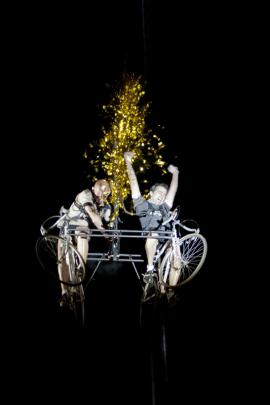 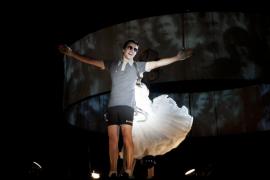 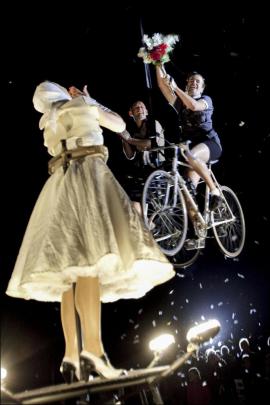 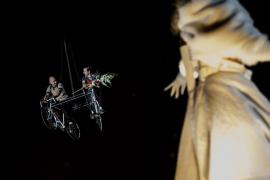